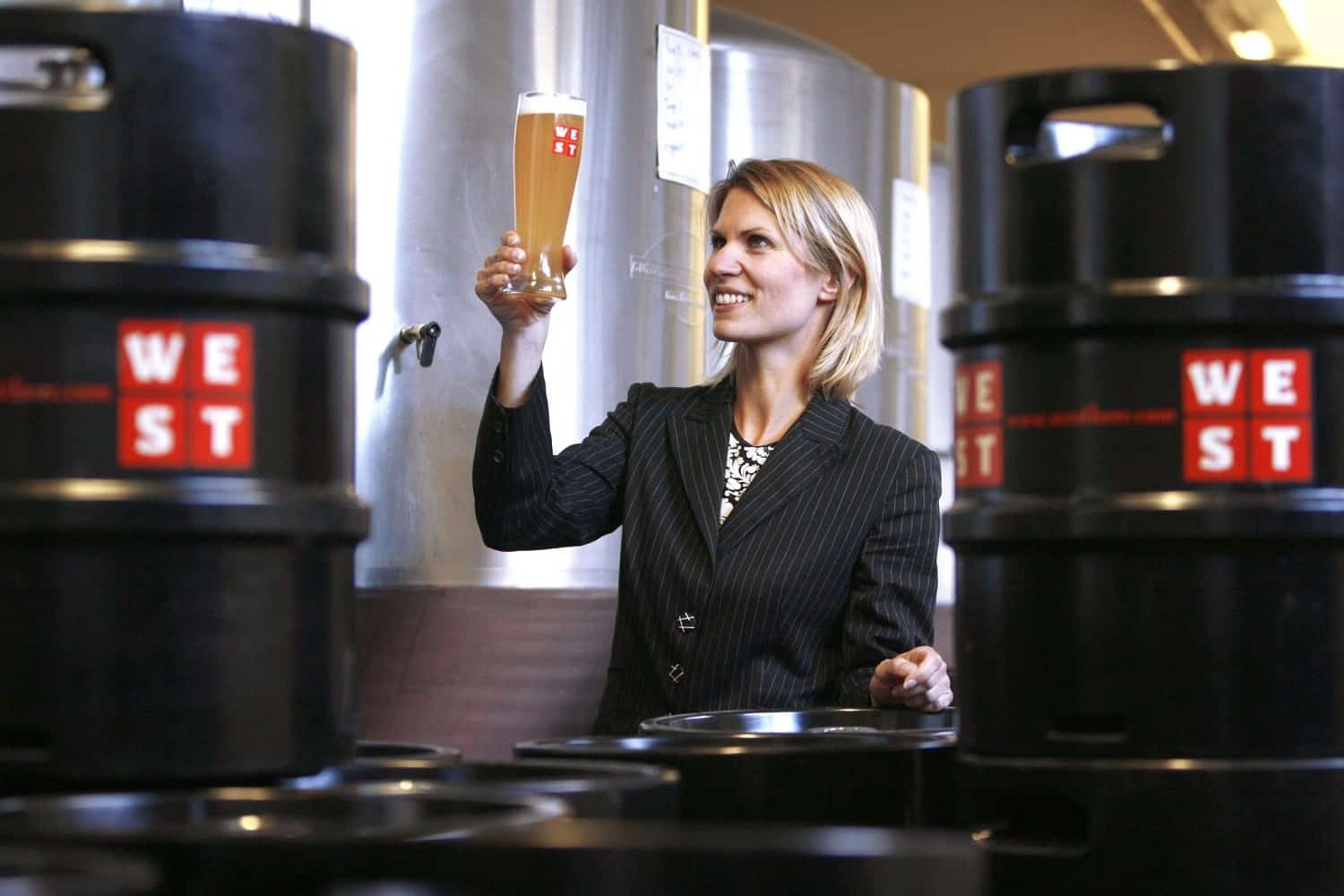 Petra Wetzel is to roll out her popular German brewpub concept WEST to Edinburgh with a new £1m plus bar, restaurant and brewery set to open in Edinburgh in 2018.

Wetzel, who owns WEST and WEST on the Corner in Glasgow, has revealed she is to invest “north of £1m” to transform an empty building located on Market Street right between Waverly Station and the Royal Mile into a large-scale bar, restaurant, theatre and on-site microbrewery.

Wetzel told DRAM she is leasing the 250,000 sq ft former storage unit for the train station and is in the process of lodging a planning application.

She said, “We’ve been looking for something a bit quirky and unusual in Edinburgh. It’s a great location and a massive space.

“We ran a pop-up theatre and bar in Edinburgh last summer for the festival and everyone was asking when we would move through permanently.

“We will have an on-site brewery, a bar and restaurant plus a beer garden and theatre space across one floor. We’ll also produce beers unique to Edinburgh, along with our old favourites.

“It will be bigger than the Glasgow site, I’m really looking forward to it.”

WEST Edinburgh will open as a pop-up bar and theatre space in August 2017 to coincide with the festival season, before closing for a full refurbishment.