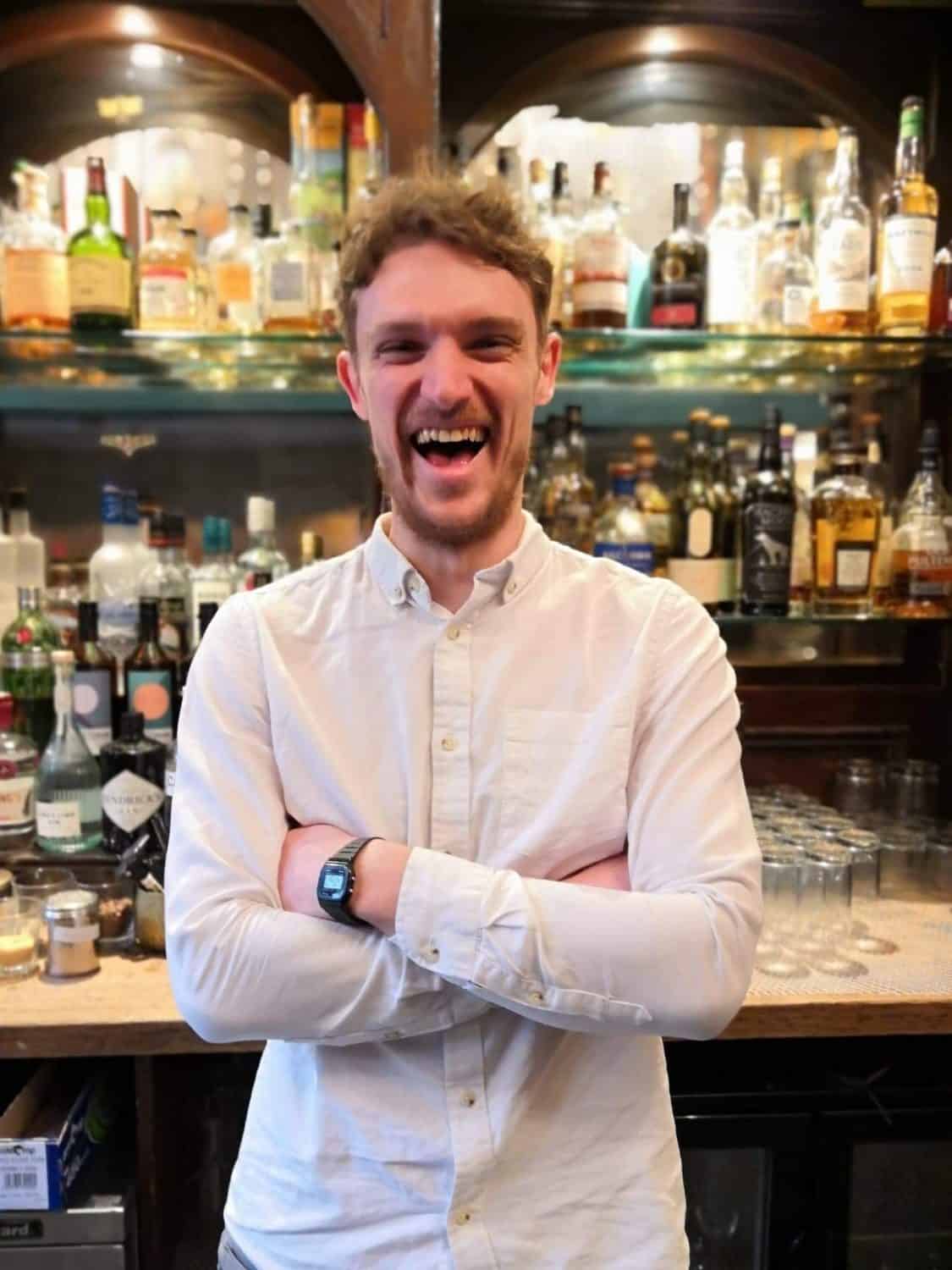 This month we profile 10 of the best and today it’s the turn of Jamie Swift of Edinburgh’s Dragonfly and Sarah Berardi of Draffens in Dundee.

New Zealand-born Jamie Swift grew up in Moffat and got his first bartending job in The Balmoral Hotel in the Dumfries and Galloway town. He’s been a bartender at Edinburgh’s Dragonfly for just over a year and has also worked at The Devil’s Advocate in the city. Said Jamie, “Bartending is a never-ending apprenticeship and I love that about it, as well as every day being different. I am a career bartender, but I haven’t decided yet whether it’s the owner/operator or Brand ambassador route for me as far as the next stage of my career goes.” He continued, “In terms of people I admire in the industry, Kyle Jameson, one third of the guys behind Nauticus in Leith, is someone that I admire, plus he was the main reason I took the job at Devil’s Advocate.” Away from the job Jamie loves checking out bars old and new.

Sarah, 28, is originally from New Orleans and this self-proclaimed career-bartender moved to Dundee to be with her partner who is a scientist studying at Dundee University. She’s been working in Draffens, a speakeasy bar in Dundee, for roughly two-and-a-half years. Said Sarah, “When I first moved here there wasn’t much of a cocktail scene in Dundee  – and people assumed that I knew what I was doing. I have since won The Southern Comfort Patron Perfectionist competition for Scotland and placed second in the UK. I was also nominated for emerging Bartender of the Year at this year’s Class Bar Awards where I made the top 3 finalists.” Who does Sarah admire most in the industry? “My boss AJ Mcmenemy and Phil Donaldson are two people with a creative eye and passion for this industry that I try to emulate in everything I do.”