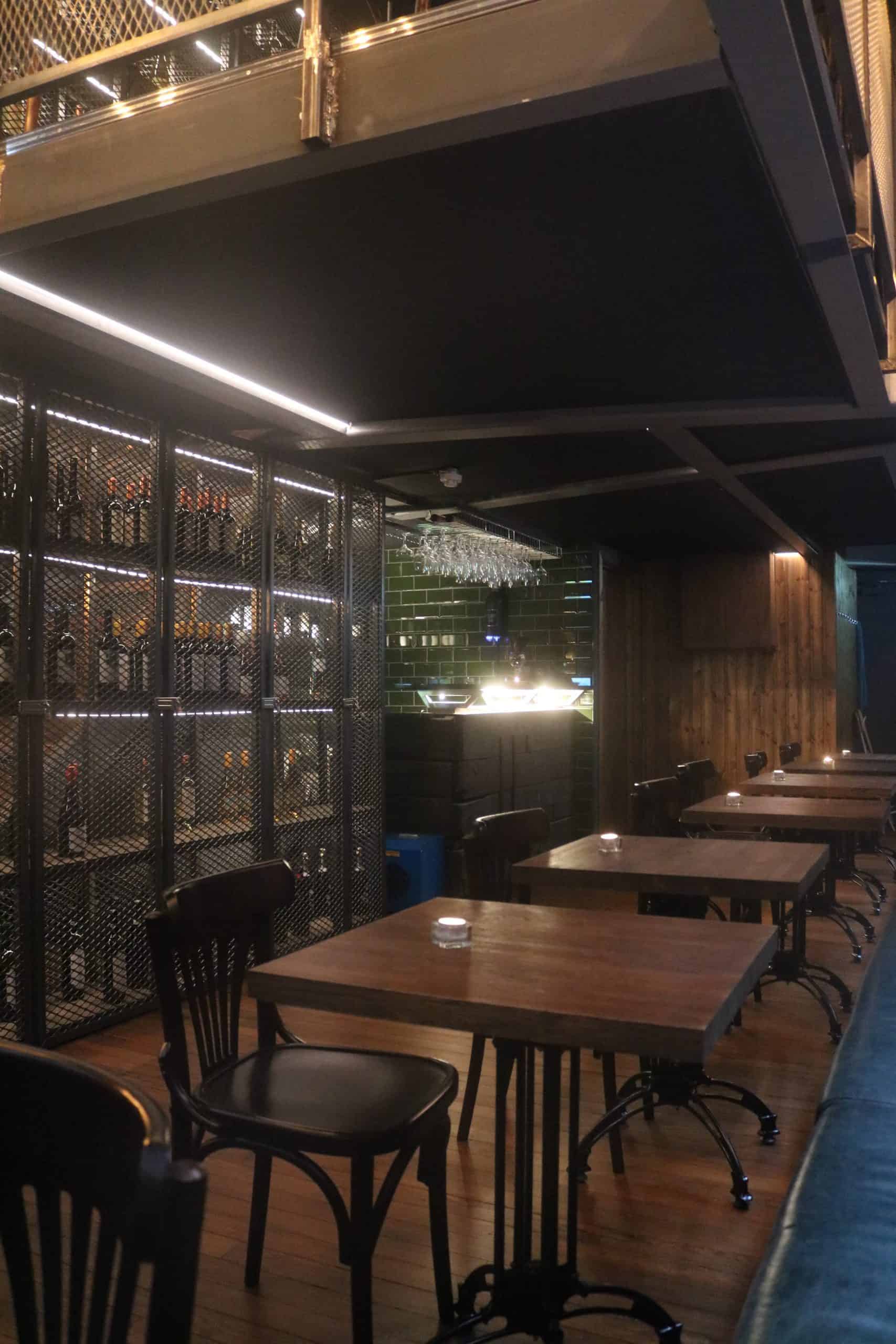 Work began on The Wine Room on Glasgow’s Mitchell Lane last June, opening in December and four months behind schedule because there were a few hiccups along the way.

Said owner Marco Lazzurri, “We had to operate within the guidelines set down by Historic Scotland. For example, we wanted to extend the mezzanine but we had to compromise by only enlarging it slightly so that you could still see up through it around its edges from downstairs. It couldn’t be too close to the window in other words.

We also wanted to build a spiral staircase instead of the standard one but it was too bold a plan, because it would’ve been visible
through the window and therefore not be in keeping with the rest of the lane.”

Continued Marco, “We also had to apply for an extension to the existing licence and knock through for customer access to the
Tabac toilets because we weren’t allowed to build a toilet on the mezzanine in The Wine Room so we built one toilet on the ground
floor instead.”

The building used to house Glasgow hairdressing institution, DLC, and the Wine Room still contains a big nod to its former incarnation because the sign on the window facing Mitchell Lane still bears its logo. But this is only temporary: Marco plans to remove it soon.

The design of The Wine Room smacks of industrial, with exposed beams and a metal wine cage that niftily stretches from the floor
right up to the mezzanine, and all its contents are illluminated, which together with all the candles and the sensitive spots, make for a cosy wee space. Being a corner unit it benefits from two full window walls of natural light, too.

Despite being a relatively small space, the industrial look isn’t particularly heavy-handed and softened by lighting, plus the wooden
chairs and tables and floors add warmth. Tucked beneath the mezzanine stairs is a dinky wee bar with a wooden block front and a light across the top of it. The back bar is clad in lovely green tiles that get kind of twinkly at night.

On the mezzanine are more tables and the continuation of that bold metal wine cage design statement. The standout design feature of this area has to be the mirror on the far wall. It’s actually two mirrors that kind of meet at an angle similar to the wings of a butterfly, off which daylight/candlelight bounces beautifully. They also create the illusion of space too of course, in what is a fairly compact space. Also up in the mezzanine is wood panelling on the walls in squares, painted green with a dusting of gold.

Marco’s made the the wine bar cool again, and it has a lot to do with the sleek, simplistic design.