Scotland players pay a visit to Angels in Uddingston 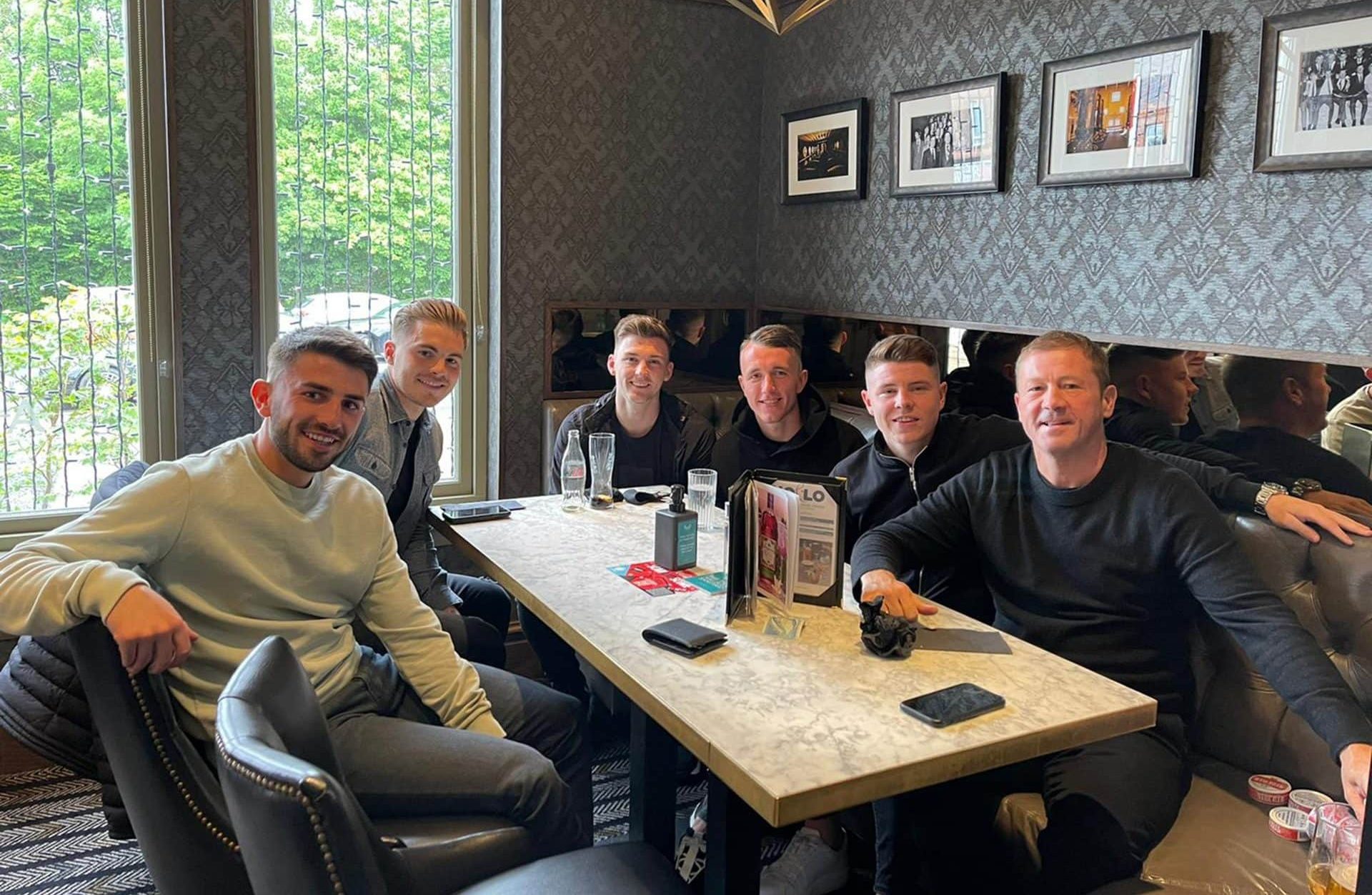 Ex Celtic player Kieran Tierney joined Kevin Nisbet, David Turnbull, Greg Taylor and Callum McGregor during a visit to The Lisini Pub Co Angels venue in Uddingston on Friday where they took selfies and enjoyed dinner and a drink as they had a well earned break after the Euros.

Kieran who is part of the Scotland National team recently signed a long term deal with Arsenal and appeared to be out celebrating with Hoops star James Forrest, Greg Taylor, Callum McGregor and David Turnbull. They were joined by fellow Scotland National Team player Kevin Nisbet who currently plays for Hibs.

They were entertained by Nicky Hood, son of Celtic legend Harry Hood, whose family runs The Lisini Pub Co, as the hotel launched its new Ibiza Chill Fridays night.

“We even had some very special guests, the Scotland National Team visited Angels Hotel for a relaxed meal and a guaranteed great atmosphere. It’s fair to say, they know the place to be.”