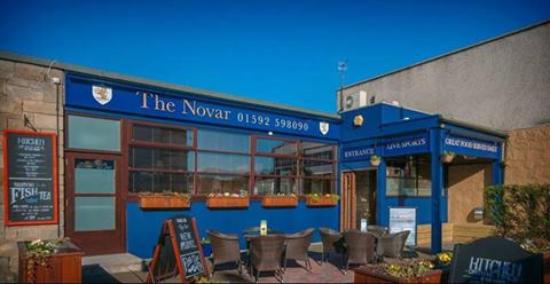 The Novar Bar in Kirkcaldy has been announced as a finalist for the Caledonia Best Neighbourhood Pub/Bar of the Year prize at the 2014 DRAM Scottish Licensed Trade Awards, which take place at The Grand Central Hotel in Glasgow on Monday July 7th.

The Caledonia Best Neighbourhood Pub/Bar of the Year Award seeks to reward a bar that’s the best in its community. Judges were on the look out for bars that had great quality pints, excellent food and catered to customer’s that loved sport. Comfortable surroundings, good service and community spirit were also essential.

The Novar Bar is a traditional local bar in Kirkcaldy that is brimming with community spirit. As well us serving up great pub food and having first-rate customer service, the bar also serves as the go-to destination for Raith Rovers fans before and after home matches. Plasma screens are installed for the locals to watch all major sporting events, and DRAM’s judges were extremely impressed with the lively, friendly atmosphere during their visit.

The awards, dubbed the licensed trade ‘Oscars,’ are organised by licensed trade magazine, DRAM. Now in their 19th year, they are the longest-established awards of their kind in Scotland, recognising excellence in Scotland’s bar, restaurant and hospitality industries.