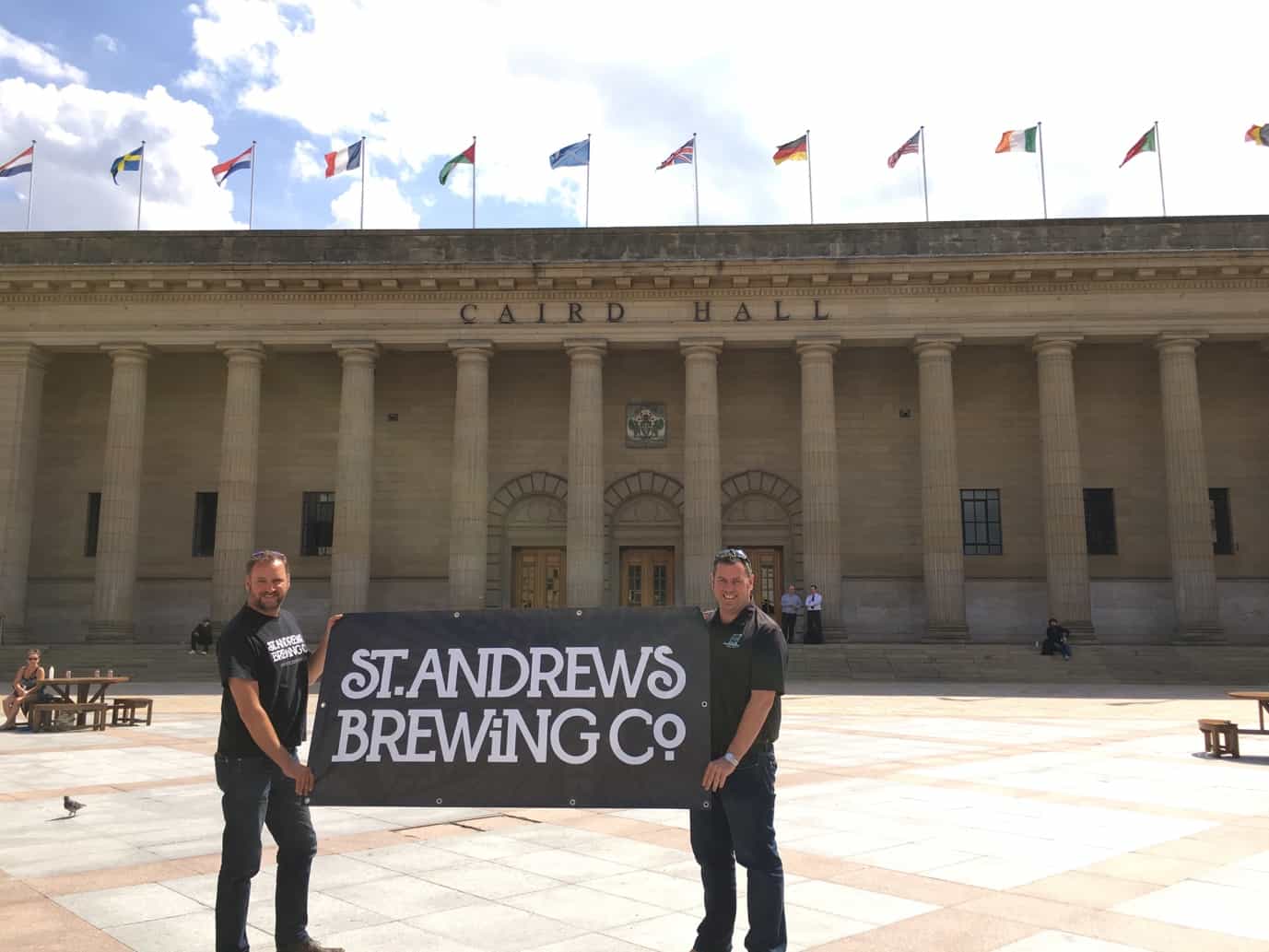 Fife brewery St Andrews Brewing Co. has exceeded its crowdfunding target of £400k – and is continuing to accept investment to increase beer production to meet export demand and supply its growing estate of bars.

Owner Tim Butler said, “It’s great to see such a strong start to our crowdfunding campaign. We have a very ambitious growth curve and would love to reach £600k. The equity raised will help to propel the company onto a UK-wide stage, and globally from next year onwards.”

The business currently operates four bars in St Andrews and Edinburgh. Last week they announced the acquisition of Rascals bar in St Andrews opening later this month. A fifth bar is scheduled to open at Dundee’s historic Caird Hall in November.

Tim continued, “We’re aiming to make Dundee a flagship destination for the best of Scottish beer, food and hospitality. It’s a flourishing city with world-class technology and research facilities. And with the new V&A museum and waterfront redevelopment close by, we’re ideally positioned to contribute to the renewed vibrancy of the area.”

St Andrews Brewing Co. also revealed proposed designs for the Dundee bar that will include an atrium seating area at the entrance, a cocktail bar, and a snug area as part of the 175-cover establishment. At 8,000 square feet, it will be one of the country’s largest craft beer bars.